After reading through 133 participating blogs, with 135 challenges taken in 11 countries, 24 states, and Washington DC, City Hippy and green LA girl have each picked a winner for the first month of the Starbucks Challenge.

City Hippy's choice: Thanks for not being a Zombie.
Not-Zombie took loads of challenges -- all with awesome, detailed descriptions and thoughtful commentary. City Hippy found the posts thorough and humourous -- especially the post where Not-Zombie mentioned the "man in colonial dress riding a Segway" -- we spent a good 10 minutes chuckling at that image.

green LA girl's choice: Dirty Greek
In addition to taking a couple challenges himself, Dirty Greek fielded questions (insults?) not only about the Challenge but also about fair trade in general from less-than-knowlegeable people on The Wolf Web. Dirty Greek got a lil help from J_Gatsby, who in frustration ended up calling naysayers "plebian fucks." Tee hee!

What did YOU help accomplish through the Starbucks Challenge? Starbucks sat up and took notice, contacted us, then admitted that they weren't living up to their "legendary service" promises. Cindy of Starbucks acknowledged Starbucks had a "break down in customer service."

The effect of these efforts on Starbucks' part? Mixed, to say the least. Some challengers have since noted that their Starbucks has gotten markedly fair-trade friendlier; others, not so much. At the last challenge green LA girl took, the barista flat out lied to avoid French-pressing a cup of fair trade coffee.

Cindy says that she'll present the findings of the Starbucks Challenge to Starbucks' Retail Operations and Communications team, "so we can find a solution." We'll keep you posted on that promise.

So -- The challenge challenges on! New prizes to be announced shortly -- We're determined that one day, Alabama and Utah will participate.

And even if you're not "challenging" any more because your store's passed the test, we hope you'll ask for fair trade coffee every time you go to Starbucks. After all, Starbucks says that if consumers demand it, they'll make fair trade coffee more easily avaliable -- though as of now, we question how Starbucks is measuring this demand....

Have a fair trade day

Great! I will try this tomorrow!

Cool Meghan...look forward to hearing how it went.

I managed to get a fairtrade
coffee at Starbucks on the strand.

Thanks for taking part.

how can I get the nifty corner banner you have for MPH for my food blog?

I'm honored to be chosen!

Have replied by email...it is very easy I promise. Just a code snippet.

Hahaha...gimme a couple days to rustle up the box for the prize...really tasty stuff though! 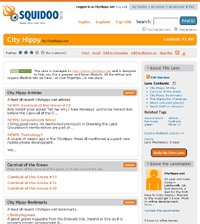 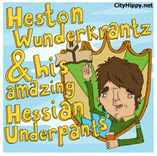 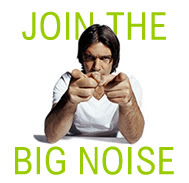 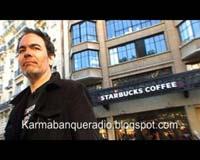